Scene - Wyndari and Tiger Lily have successfully snuck into Pan's hideout— an
abandoned warehouse. Here they watch Pan as he hooks up a young
child to his machine in order to suck the boy's life force out.

Lineup of the three character designs!

Pan soon realized that he couldn't steal girls' youth because they came from a world where girls are forced to grow up quickly. Tiger Lily was one of the first brought over, and is seeking revenge.

His costume was extremely fun to design. I spent a good deal of time researching the aesthetics of Cyberpunk fashion, and experimenting with the blend between that and typical fantasy clothing.

Fun Fact: As a nod to the story's origins, Pan is able to morph into a a Harpy Eagle, a large white bird of prey.

I created a very tall, pointy silhouette with lots of sharp angles to emphasize Pan's dark side. A lot of Cyberpunk fashion emphasizes androgyny, which I incorporated into Pan's final design.

Compilation of my sketchbook ideation process!

Project Goal: To take an existing story and change it somehow, creating new character designs & a developed story inspired by the original, now with a Twist.

I chose J. M. Barrie’s Peter Pan— except it’s not racist anymore, Peter Pan is the villain, and it’s
set in a futuristic High Fantasy Cyberpunk world embroiled in the midst of World War IV. Pan
is desperate to avoid the horrors of war that took his father from him, so he creates a place
called Neverland. He convinces children to come with him with promises of a city at peace.
Once in Neverland, Pan sucks the youth out of the children before dumping them back into
their world. His desperate attempts to remain young lead to the kidnapping of Jadit and
Mir DeJeanne. Their older sister, Wyndari, chases Pan down in order to save her younger
brothers, teaming up with the fierce warrior, Tiger Lily. 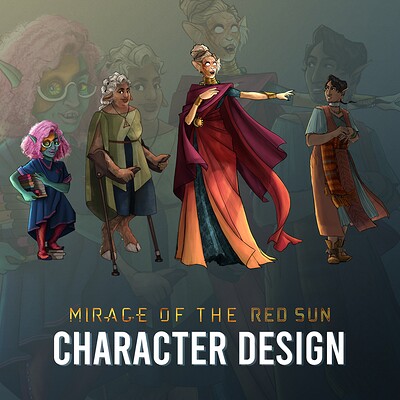 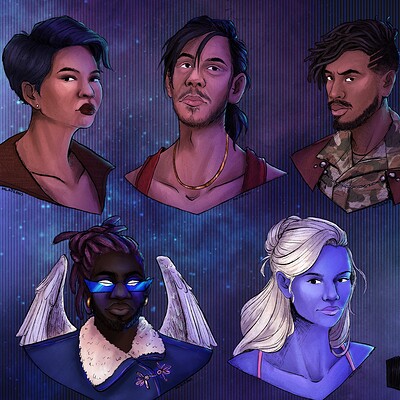 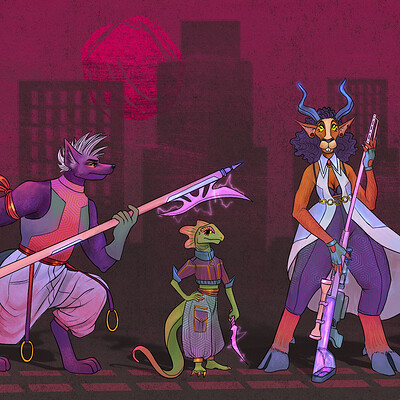