Full-page illustration originally created for "A World Unbroken, a Woman Unchained" by Amber Litke & Sadie Lowry, one of the adventures featured in Uncaged Goddesses, a DnD 5e Anthology reexamining Neutral/Evil Goddesses through a feminist lens.

Image Description: A Netherese settlement stands on the bank of a river, shattered by an explosion of bright white light from within a Middle-Eastern/North African-coded temple at the center of the city, sending debris flying everywhere. Overlaid in the sky above the ruins is the form of Mystra, the Goddess of Magic. She appears as a Black woman with multiple ear piercings, glaring at an unseen foe, one of her arms outstretched as she casts a spell. Her head is framed by glowing purple lines radiating out from a circular halo. She has glowing tattoos of the symbols for the schools of magic on her upper arms. Mystra's Senegalese twists are pulled up and twisted away from her face and have glowing stars nestled amongst them. Behind her head, the dark, constellation-filled night sky transitions in a gradient into dusk, silhouetting the town against warm hues of Orange, Yellow, and Green.

Previous
The Library
Next
Opening the Door
More artwork 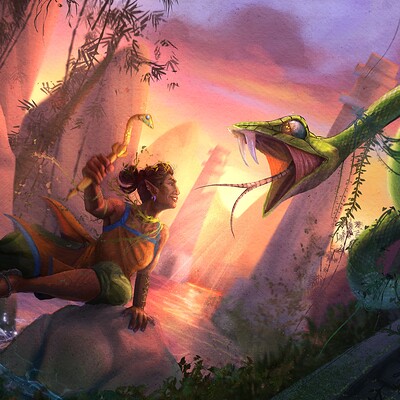 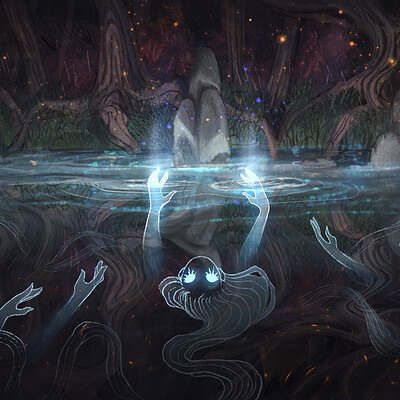 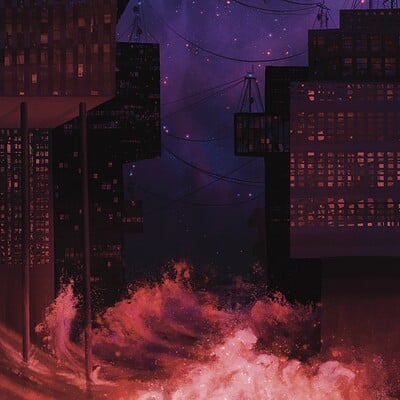